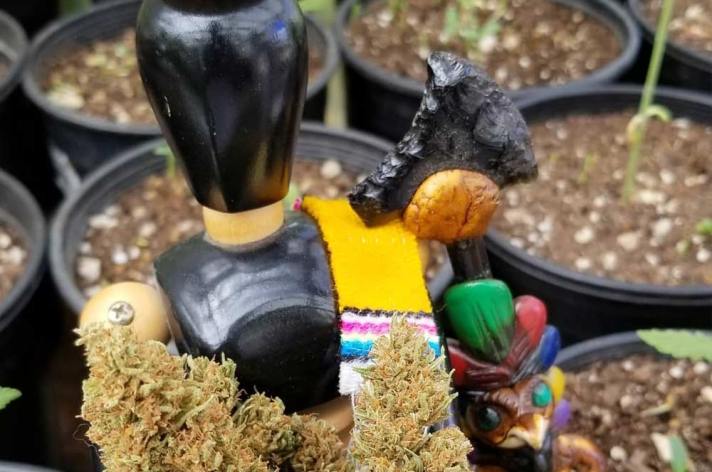 Stop the Pain with Marijuana

Living with chronic pain is something one should not wish not even to his worst enemies. It is simply horrible to wake up every morning with the feeling that someone has basically beaten you. You do not get to rest well, you feel that it is too much effort just to even walk, not to mention to play with your kids or do certain activities around the house which require some physical effort from your part.

So you tried all sorts of analgesics and medication which the majority of doctors prescribe in such situations, but nothing seems to work, or they do work, but only for a short period of time. You need something that can relieve your pain on a long-term, without bringing along any of the side effects that traditional prescribed drugs do. Have you ever thought that cannabis might be the solution for you? I bet you already heard about the variety of medical usages that this plant has because it kind of is the center of numerous debates in the past few years.

Choosing the best plant for your pain relief

If you are considering giving this option a try, you need to know some things before you start any therapy with it. First thing’s first: medical cannabis is a quite new concept within the medical field and this is proven somehow by the fact that, even though we have at our disposal so many scientific proofs that it is something to consider towards achieving medical recovery, there is still a significant number of people who are simply not aware of this, or who just judge it as being a highly dangerous drug.

This is not something to blame, though, because even this cannabis market has somehow exploded and croppers have started to make a real business out of it. So the multitude of available strains and their various amounts of compounds can become quite confusing for those who are only at the beginning of this marijuana journey.

It is difficult to say which strain is best for each individual and this leads to a sort of experimentation period before finding the right plant for your health issue. When speaking of working on chronic pain, which seems to be a major issue that many people are dealing with these days, specialists state that we need to choose the right plant because certain buds may be more effective than others. So how do you do this?

Cannabinoids’ rate is the main criteria

The decision-making process on what cannabis strain is best for solving your health issue, chronic pain that is, can become difficult and complex, especially if you are a newbie in this whole medical marijuana field. So you need to learn some stuff before you choose the right plant for you.

Every cannabis strain is filled with over 100 cannabinoids, the chemical substances which are the ingredients making up this “recipe” of natural and safe medication. Two of the most important cannabinoids were the center of many debates regarding the health benefits of this plant, and the main dilemma had to do with the fact that it is mandatory to figure out which of these two is best for relieving chronic pain.

We are talking about THC and CBD, these cannabinoids which are believed to have exactly what it takes to somehow revolutionize the medical field. Trying to figure out which one of them is best effective for helping you get rid of those very unpleasant pains makes no sense at all, and the essential idea is that both can greatly help with solving this health issue. However, the difference stands in the fact that each such cannabinoid can have various effects on your nervous system, depending on the concentration you administer to your body.

Both cannabinoids work together

It is not correct to assume that you need one particular strain which consists only of one single such cannabinoid. The thing is that both work together, as a real team and that is why you can’t have one without the other. This means that you will always find a THC amount, even though the strain is known for its high CBD amount.

So how are these two different? Well, one of them, THC that is, is the one responsible for getting you high, as it profoundly affects the brain and all systems functioning towards it. On the other hand, cannabidiol, CBD that is, is the opposite, although it will also impact the brain, will not bring along any of the symptoms you get with the previous one mentioned.

So how come the two can work together because they seem to have kind of opposite effects? Well, scientific studies have revealed that CBD can inhibit somehow the effects that THC provides and also that the synergetic working process of both can enhance the overall pain relief feature of the cannabis plant. Therefore, it is a matter of choosing that one particular cannabis strain which can best solve your chronic pain issue, but how do you know which is best: THC or CBD?

The answer is easy, and everybody should be able to make the best decision. So turn to a strain that consists of high rates of both cannabinoids because experts claim that such a combination is the key solution for all existing chronic pains.

However, patients who have already experienced several concentrations of either THC or CBD, have given the thumbs up for the first cannabinoid, but I firmly believe that it is a matter of specificity. Each react differently and so don’t make a decision based only on what you hear. Try them and then choose!

All in all, one thing is sure: while both cannabinoids can significantly work on your pain issues, it seems that being a non-psychoactive substance, CBD is preferred for reducing the “high” effects that THC provides.